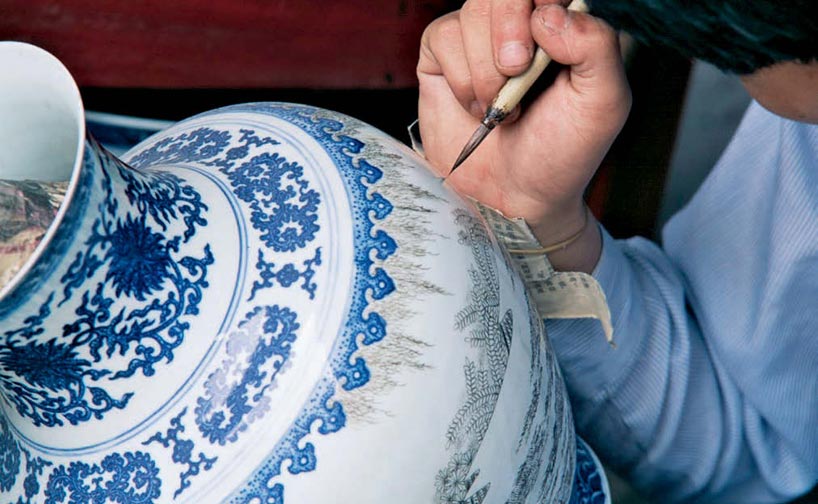 There's no difference between traditional chinaware and porcelain. It stands apart from other ceramics is the inclusion of kaolin, a fine-grained white clay. There are two types of porcelain other than bone china: hard-paste and soft-paste. Hard-paste porcelain is the most common style of Chinese porcelain, and was originally developed in the 7th or 8th century. Europeans developed soft-paste porcelain in the 16th century since they had difficulties imitating the hard-paste style. Soft-paste porcelain, however, was fired at a lower temperature and was thus less durable. Factories adopted the formula for bone china by the start of the next century to replace the soft-paste style. Visually, it is very difficult to distinguish the two.

The name "porcelain" is based on the Italian word porcellana, which means cowrie shell. It was given this name because it has a similar appearance to cowrie shells. Porcelain wares have a natural white color, but can be painted other colors, like the dish set in the accompanying photo.

Porcelain is naturally nonpourous, so it won't absorb water, even if it hasn't been glazed. It is a strong, tough material, and can be made thin enough to have some level of transparency. In fact, it is even strong enough to be used as a building material on occasion! This strength, combined with porcelain's beauty, makes it a popular type of dishware that fuels a thriving industry. 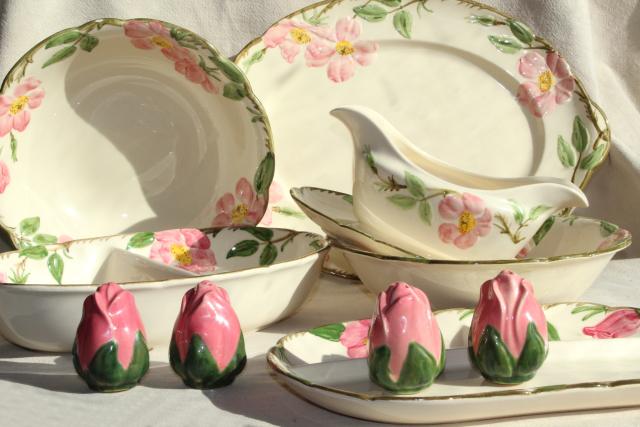 Learn more about the history of porcelain.